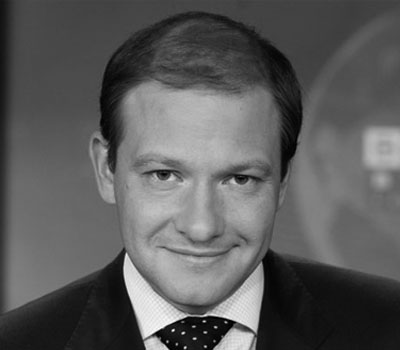 Russian TV presenter, writer and public figure. Deputy Director of the Rossiya TV channel for special informational projects, President of the Bering-Bellingshausen Institute for Both Americas (Montevideo), member of the Praesidium of the Foreign and Defence Policy Council (Moscow), the only Russian journalist to have interviewed both the last two Presidents of the Russian Federation and the USA: Putin and Medvedev, Bush and Obama.

One of the main spheres of his professional activity is interviewing heads of state. In particular, in Latin America: Chavez (Venezuela), Ortega (Nicaragua), Correa (Ecuador), Morales (Bolivia), Sanguinetti (Uruguay), Bachelet (Chile) and so on. By order of the Russian President, awarded the Order of Friendship, the medals 300th Anniversary of St. Petersburg and 1000th Anniversary of Kazan (2005). Was the finalist and winner of the TEFI awards many times. Speaks English and Spanish fluently. 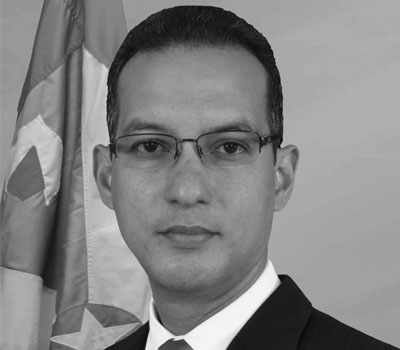 Minister for International Business of Grenada

On completion of his studies, Minister Steele returned to Grenada and joined his family business. His leadership led to the company’s growth and expansion. Today this company can boast as being the largest automotive supplier in Grenada. He has a passion for Sports, Arts and Culture and has been a key supporter for many initiatives in whichever Community he finds himself.

For over 15 years, his company sponsored the River Road Pan Wizards Steel Orchestra as well as Basketball and Cricket teams. His support assisted many young and socially disadvantaged persons to grow and develop themselves and the Community. In 2004, after the devastation of hurricane Ivan, Minister Steele was recognized for his Leadership and ability to work well with others under tremendous pressure. He was a key volunteer with the National Emergency Relief Organization (NERO now NADMA) and played a significant role in coordinating, mobilizing and distributing relief supplies and assistance to thousands of affected Grenadians suffering in the aftermath of the hurricane.

Mr. Steele served on a number of Boards including, the Grenada Board of Tourism, the Grenada Chamber of Industry and Commerce, Westmorland School and NERO (now NADMA). His various responsibilities led him to be an Organizer and Country Head of the Caribbean Canada Emerging Leaders Organization and coordinated the Royal visit of HRH the Princess Royal.

Mr. Steele is an alumnus of the Commonwealth Leadership Development Conference held in New Delhi in 2007 under the patronage of the Duke of Edinburgh and the Princess Royal. In 2011, Minister Steele entered into Politics under the banner of the New National Party. He offered himself to serve as the electoral representative for the Town of St. George in the 2013 general elections. He was victorious in his bid and is now the Parliamentary Representative for the Town of St. George. As his party was given the mandate to form the Administration, he was invited to serve in the Cabinet of Ministers and given the portfolio of Minister for Foreign Affairs and International Business. Minister Steele is currently a Minister of Health, Social Security & International Business. 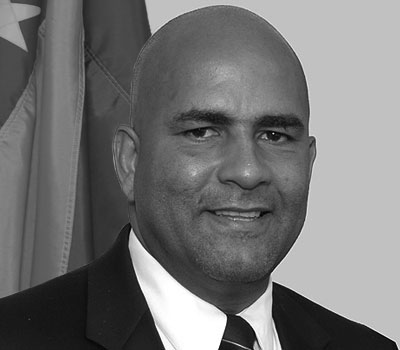 Minister for Foreign Affairs of Grenada

The Hon. Peter Charles David is Minister for Foreign Affairs and Labor in Grenada.

After the 1999 general elections, he qualified as a barrister-at-law and continued his political career. He has been a member of the House of Representatives from the town of St. Georges and served as the Deputy General Secretary of the New National Party. He was the Minister of Foreign Affairs from July 2008 to November 2010 and subsequently served as Minister of Tourism until April 2012. 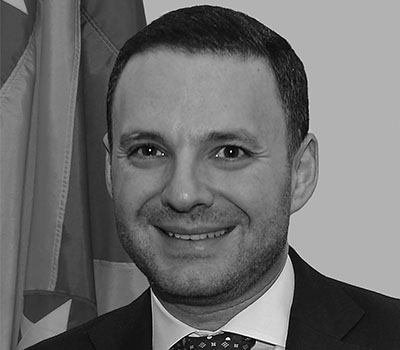 Ambassador of Grenada to Russia and the CIS

Honoree of many awards in the field of entrepreneurship, including “40 Under 40”, “Outstanding Leader”, “Dealmaker of the Year” (2014) and “The Best Entrepreneur of South Florida”. Recognized by Forbes as one of the 5 Incredible Entrepreneurs.

Founder of Unified Payments, a provider of payment processing services in the United States. From 2013 to present – executive chairman of the board of Net Element (NASDAQ:NETE), serves as a chairman of the board of directors of the investment firm, Star Capital, as well as a board member of many private financial and technology companies including board member of the St. George’s Club and the Eastern Caribbean Blockchain Association.

Conducts charitable activities (organized a foundation which assists children in need, a member of the Board of Trustees of the Russian Chabad Center in Florida). Completed 72 academic hours course on International Relations (Russia’s Foreign Policy) at the Diplomatic Academy of the Russian Ministry for Foreign Affairs. Studied computer science at the College of Technology in New York and business management at the University of Phoenix. 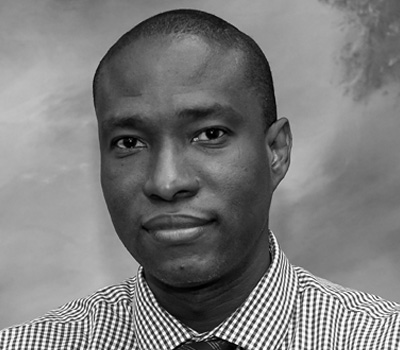 Over the last 17 years at Grenada Investment Development Corporation (“GIDC”), Mr. Theodore’s career has spanned the roles of Investment Promotion Officer, Investment Promotion Manager and Vice President. He has had responsibility for developing strategies to attract and facilitate foreign direct investment (FDI) as well as advocate on behalf of investors to improve Grenada’s competitiveness. 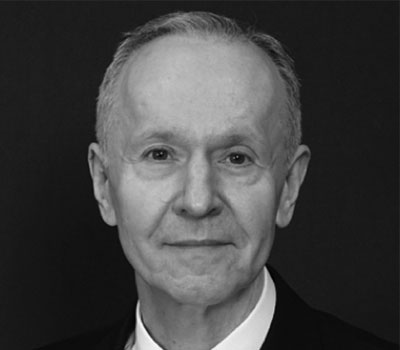 Ambassador of Russia to Guyana, Barbados, Grenada, Trinidad and Tobago and St. Vincent & the Grenadines

In 1981 graduated from the Moscow State Institute of International Relations (University).

From December 2017 – Ambassador Extraordinary and Plenipotentiary of the Russian Federation in Georgetown, Guyana, South America. 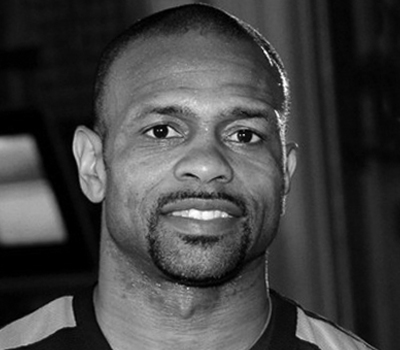 Roy Jones Jr. is an American boxer. As a professional he has captured numerous championships in the Middleweight, Super middleweight, Light heavyweight and Heavyweight divisions.

During his prime, Jones was known for possessing exceptional hand speed, athleticism, movement and reflexes. As of February 2018, Jones holds the record for the most wins in unified light heavyweight title bouts in boxing history, at twelve. The Ring magazine named Jones the Fighter of the Year in 1994, and the World Boxing Hall of Fame named him the Fighter of the Year for 2003. He is also a three-time winner of the Best Boxer ESPY Award (1996, 2000, and 2003). The Boxing Writers Association of America named him as the Fighter of the Decade for the 1990s. 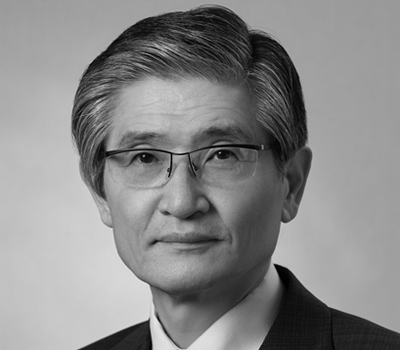 The Global Energy Prize International Award Committee Chairman. UN Secretary-General’s High-level Expert and Leaders Panel (HELP) on water and disasters, Adviser to the Chair. Member of the Intergovernmental Panel on Climate Change (IPCC), awarded with the Nobel Peace Prize in 2007.

For his contribution to the report of IPCC on technology transfer as lead author, he received a personal copy of Nobel Peace Prize awarded to IPCC in 2007. He holds the position of Advisor to the Chair of High-Level Expert and Leaders Panel (HELP) on Water and Disasters under the UN Secretary-General. Previously he served as Climate Change Ambassador of the Republic of Korea, Principal Advisor on Climate Change to the Secretary-General of the UN and as Director for Environment and Development of the UN ESCAP (Economic and Social Commission for Asia and the Pacific). Under his leadership, ESCAP has launched in 2012 a special report titled “The Low Carbon Green Growth Roadmap” which could serve as blueprint for policy makers on Green Growth strategies. This Roadmap lays out specific policy options and compiled best practices and success stories of harnessing green policies as driver of economic growth. 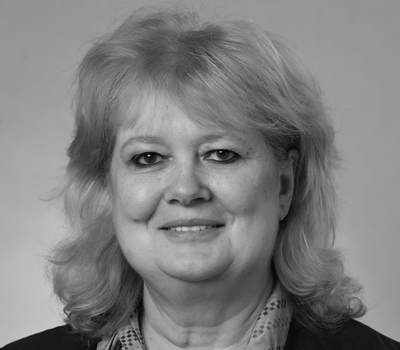 For more than 25 years, she has held senior positions in government, multinational business structures, as well as international and national environmental protection agencies. Until the beginning of 2017, she was the Executive Director of the Regional center for environmental protection of Central and Eastern Europe for 14 years. Ms. Bonifert is a member of the Environmental Management and Law Association (EMLA), and was its first managing director. 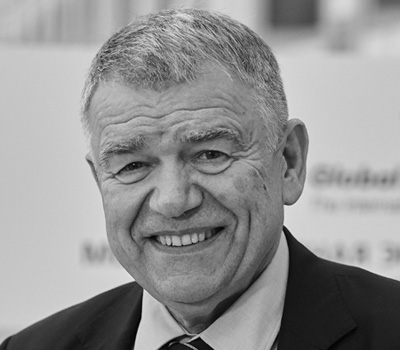 Scientific Director of the Institute of Catalysis

Scientific Director of the Institute of catalysis SB RAS,Chairman of the Siberian branch of the Russian Academy of Sciences.

Dr. Parmon took part in the development of new generations of various catalysts, including those used in production of nitric acid, producing ultra-strong UHMWPE polymer, and hydrating technical and food fats with the economic effect of over 500 million rubles, thanks to a cheaper and easily expandable production process.

From 2003-2006, Dr. Parmon managed the design and industrial implementation of new-generation catalysts for production of motor fuels, including diesel, meeting Euro 4 and Euro 5 standards. Over the three years of project research, his institute received RUB 500 million of state support, while the savings from introduction of the new catalysts at enterprises producing high-octane gasoline were just short of 10 billion rubles – 17 times the money invested. Right now about 10% of all high-octane gasoline in Russia is produced with the catalysts created by Valentin Parmon’s institute and its former Omsk branch.

Mr. Parmon managed the design and experimental industrial implementation of the first domestic technology for processing oil-associated gases into a mixture of liquid aromatic hydrocarbons, addressing the issue of APG utilization. Dr. Parmon also supervises works on fuel production from plant materials – microalgae, vegetable oils, wood pulp, rice husks (more than 15,000 tons of the latter is produced annually in the Krasnodar Region alone, and 7-8 million tons in South East Asia). He believes chemists must learn to process these byproducts into useful substances – for example, sorbents - and eventually into fuel. His institute is tasked with scientific examination of various ideas and the selection of the most feasible solutions to these problems. He is the author and co-author of more than 800 scientific works, 7 monographs, 7 university textbooks, and is the holder of more than 100 invention certificates and patents.

SO, WHAT DO YOU THINK?